Are you fond of watching comedy movies? No one would like to miss a complete comedy entertainment film like Ori Devuda. Ori Devuda is a new Telugu romantic comedy film with some fantasies that will keep the viewers entertained until the end. There is a lot of comedy in this movie which will make people of all age groups laugh and enjoy. Apart from that, you can also find some romance, and fantasy entertainment, one of the unique parts of this film that caught the attention of many people.

Do you like watching new Telugu movies, and are you looking for a perfect place to watch them online? Aha will be the perfect choice for those who want to watch the latest Telugu movies online from their home. It is a leading OTT platform currently streaming many Telugu and Tamil movies and is available worldwide. So, regardless of your place, you can comfortably watch your favourite Telugu movies, Tv shows or web series.

The cast of the movie Ori Devuda

Ori Devuda is an Indian-Telugu film directed by Ashwath Marimuthu under the production company PVP Cinema. The prominent cast members of this comedy entertainment film are Vishwak Sen as Arjun Durgaraju, Mithila Palkar as Anu Arjun, Asha Bhat as Meera, Venkatesh Kakumanu as Mani, Daggubati Venkatesh as God and Rahul Ramakrishna as God’s assistant. The cast selection for this movie is perfect, and each of them has done their part very well, which includes comedy and romance.

Ori Devuda is one of the latest comedy films in Telugu that has caught the attention of many people, including youngsters and older adults. It is a perfect feel-good movie where you can find many romantic and comedy scenes. Vishwak Sen and Mithila Palkar have perfectly played the role of best friends and how their life changed after marriage. The beginning of the movie, wherein they are found to be best friends, and how Arjun agrees to Anu’s request for marriage are one of the important parts. Both their families are so fond of their wedding because they like their child’s choice very much. It is another part filled with some comedy and entertainment for viewers.

One of the important comedy entertainment parts of this movie is when Arjun starts to work as a quality control checker in his father-in-law’s toilet manufacturing factory. It will make every viewer laugh as it is made in such a way, and Vishwak Sen has also excitingly done the role.

Next comes the fantasy-comedy part of the movie, wherein Daggubati Venkatesh and Rahul Ramakrishna played the roles of God and his assistant. All their dialogue and acting are plotted well so that everyone will enjoy it. 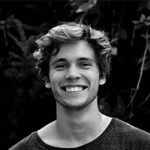 Jaxson Fowell is an SEO specialist, who worked as a project manager, in an online outsourcing company. At the age of 20, he authored the books “SEO Tips And Techniques: 100% Website Visibility” and “SEO 2.0: A Way To Top Rank On Search Engines”.